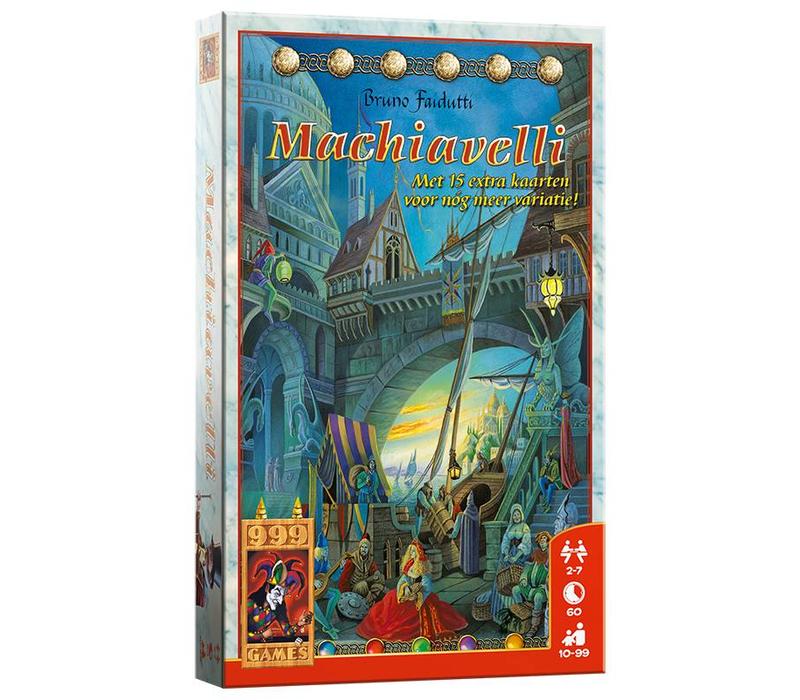 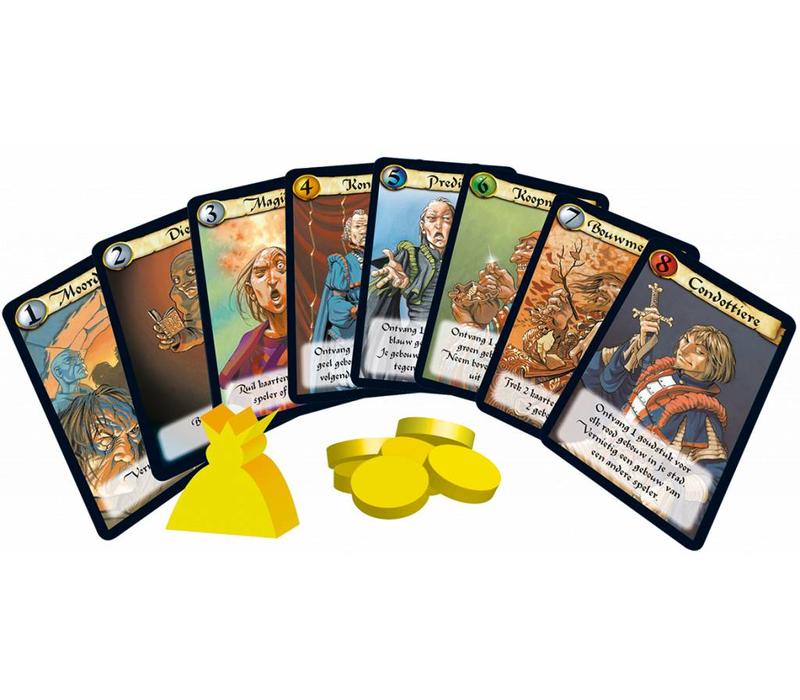 Exciting card game, in which the players take on the role of a different character each turn. Because the choice of these people is done in secret, the players are regularly faced with surprises. There are 8 characters in the game, including for example a murderer, a thief, a priest and a master builder. At the beginning of a round, the players pass the character cards and everyone chooses one at a time. When everyone has a character, the round starts and the characters take turns in a fixed order. On your turn, you may take income or choose a new building card (you start the game with 4 buildings in your hand). After that, you may place another building from your hand in front of you if you can afford it. In addition, you may perform the function of your character. For example, a killer can exclude another character from this round, the merchant gets extra money and the master builder can put down 3 buildings instead of 1. All buildings are worth as many points as their cost. You can also earn bonus points for being the first to get 8 buildings and for saving buildings of different colors. Whoever has the most points at the end of the game wins! 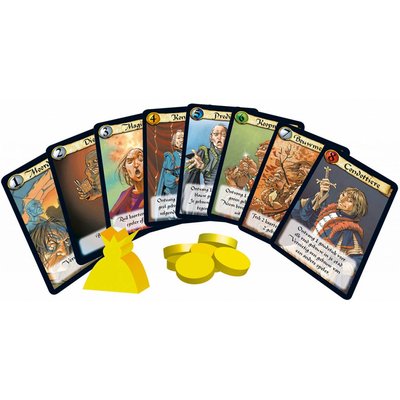